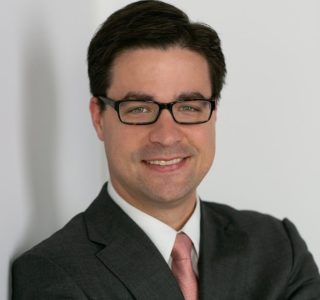 Aaron Rice serves as the Director of the Mississippi Justice Institute and is passionate about the vital role the Constitution plays in protecting our most precious freedoms.

After the September 11 terrorist attacks, Aaron felt called to serve his country. He joined the Marine Corps and was deployed to Iraq with the 3rd Battalion, 25th Marines; the battalion would go on to suffer the highest number of casualties of any in the Iraq war. Aaron received the Purple Heart for sustaining combat injuries that resulted in the loss of his left leg below the knee.

Upon returning home, Aaron earned a degree in political science from Mississippi State University and was awarded the national Truman Scholarship to pursue his graduate studies. He earned his law degree from the University of Mississippi School of Law, where he developed an interest in constitutional law.

In 2008, Aaron was elected to serve as a Delegate to the Republican National Convention. He also served on campaigns for Governor Haley Barbour and Senator Roger Wicker. Prior to joining the Mississippi Justice Institute, Aaron built his career as a litigation attorney at a nationally recognized law firm in Mississippi. Aaron is a Fellow of the American Board of Trial Advocates (ABOTA) National Trial College at Harvard Law School, and a Graduate of the International Association of Defense Counsel (IADC) Trial Academy at Stanford Law School.

Aaron is a Deacon at Madison Heights Church, PCA. He and his wife, Kelly, live in Madison with their four children, Clark, Griffin, Ramsey, and Miles.