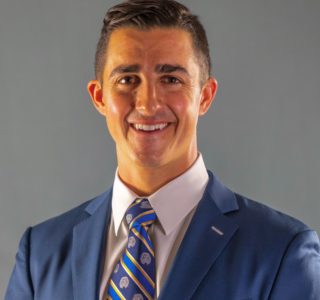 Andrew Katz is a veteran of the U.S. Army and currently interning with Team Shares. He was born in Washington D.C., and raised in Baltimore, MD. Andrew graduated from the United States Military Academy at West Point in 2017 with a B.S. in Systems Engineering. While there, Andrew served as the President of the class of 2017 and a professional free fall demonstrator on the West Point Parachute Team. He has amassed over 1,800 skydives into venues such as Yankee Stadium, MetLife Stadium, the Belmont Stakes and Saratoga Race Track.

Upon graduation from West Point, he completed training as an infantry officer and subsequently graduated from the U.S. Army’s Airborne and Ranger Schools. Andrew then took command of an infantry platoon before commanding a reconnaissance platoon in the 3rd Infantry Division at Fort Stewart, GA. In 2020, he moved to Washington D.C, upon selection to serve as the 14th Commander of the Guard, Tomb of the Unknown Soldier. In this role, Andrew was responsible for the Sacred Duty of preserving the physical security and dignity of the Unknown Soldiers’ final resting place, a tradition that remains unbroken since 1921. During his tenure, he led and executed ceremonies at the Tomb involving the 5 most recent U.S. presidents, 7 foreign heads of state, and senior allied military leaders in front of over 12 million visitors in Arlington National Cemetery. Additionally, Andrew served on a volunteer task force of White House Military Social Aides assigned to the President of the United States, orchestrating and executing official State visits, formal awards ceremonies, bill signings and more.

After exiting active duty this year, Andrew joined Team Shares, a Brooklyn based FinTech that creates enduring employee-based ownership in small businesses across the country. He is a cultural conservative who is motivated by a sense of patriotic duty that stemmed from his time in service at the Tomb of the Unknown Soldier.