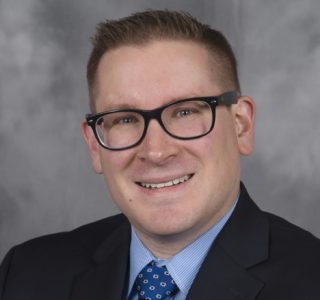 Bill Zeiser is the editor of RealClearPolicy, a news site affiliated with RealClearPolitics. He spends each day curating the best policy-oriented writings from left, right, and center. He holds a BA in political science from Fordham University (2004) and an MA in politics from Hillsdale College (2015).

Prior to his work at RealClear, Zeiser served as a civilian analyst at the NYPD, a press officer at the Manhattan Institute, and a communications consultant for clients such as the Hudson Institute and Encounter Books. He held undergraduate internships in the press office of Senator Charles Schumer and at the United Nations Department for Disarmament Affairs. (He had intended to apply for an internship at National Review, but was warned by his advisor that he would be branded for life as a radical!)

Zeiser’s honors include membership in the Pi Sigma Alpha Political Science Honor Society, the New York City Urban Fellowship (2004-2005), the NYU Wagner School Fellowship for Emerging Leaders in Public Service (2005-2006), the Publius Fellowship of the Claremont Institute (2012), the Rumsfeld Foundation Graduate Fellowship (2015-2016), and he is a member of the American Enterprise Institute Leadership Network (Fall 2021 cohort).

A transplant from New York, he is a city councilman representing the third ward of Hillsdale, MI. He enjoys motorcycling, film noir, and dystopian movies. He is a firm believer in political philosopher “Iron” Mike Tyson’s admonishment that “everyone has a plan, ‘till they get punched in the mouth.”