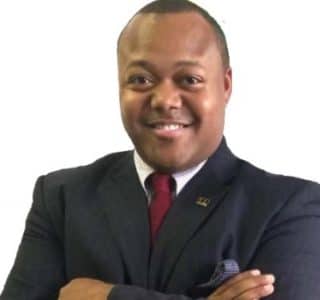 Brandon has stayed true to his commitment to service and learning, by earning a Bachelor’s in Business Administration from Howard University and a Master’s of Science from Rutgers University. As a Graduate student, he served as a fellow for the United Nations Foundation and the Heritage Foundation in Washington, D.C. Brandon is currently earning his Master’s in Business Administration from the University of Detroit-Mercy.

Brandon began his career as a staffer working on Capitol Hill for the Office of former United States Speaker J. Dennis Hastert. Upon graduation, he would serve as an Associate with the National Urban League’s Economic Opportunity Institute, fighting for financial literacy.  He would then serve as Director of Education and African American Affairs in the Office of the New Jersey Governor, Hon. Chris J. Christie. His work focused on early Head Start programs, youth and education for stakeholders in the cities of Camden, Newark, Patterson and Trenton.  He later relocated to Atlanta, where he worked with Veterans Empowerment Organization of Georgia, focusing on military families and homeless returning veterans and served in an Executive role with the Boy Scouts of America’s Career Apprenticeship Programs. Today, Brandon serves as Director of Philanthropy, Equity and Social Justice for the United Way of Delaware.

Brandon has given lectures at Princeton University, the Baltimore Harbor League, the National Black Law Students Association, the American Enterprise Institute and the Hamilton Society in Washington, D.C. He is a 2018 recipient of the Michigan Chronicle’s Distinguished Men of Excellence Award and the Spirit of Detroit Award in 2018.  He is a proud member of Alpha Phi Alpha Fraternity, Inc., 100 Black Men of Greater Detroit and Prince Hall Masonic Grand Lodge of Free and Accepted Masons. Brandon serves as the President of the Board of Directors for Advantage Health and Insight Charter Network of Central Michigan University. He resides in Wilmington, DE.