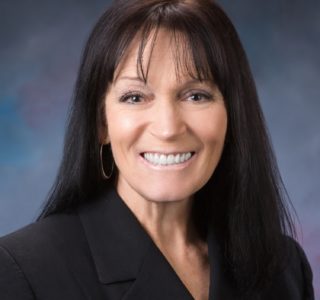 As a proud Idahoan, daughter, mother, grandmother, gun owner, and many other things, Christy was blessed to raise her children on their small family farm. It is there where she taught them the importance of putting in a hard day’s work, of earning your way forward. As an Idahoan, Christy knows how critical it is that we take care of our state as well. As a grandmother, she understands how precious life is, at any stage. As a former school board member, she knows how frustrating it is to have your local authority usurped by a state or federal mandate. Along the way, she learned that it pays to listen, and it pays to let others have a say.

Serving in the Idaho Republican Party as an Elmore County Precinct Committeeman from 2014 to present, Christy has represents her county as State Committee Woman, and has served at various times on the  State Republican Party Resolutions, Rules, and Redistricting Committees.

Christy was the recipient of the Ally of Freedom Award for Occupational Licensing Reform and the Friend of Freedom Award (2017) for having a Top Idaho Freedom Index Score which she has continued to maintain through her legislative career. She was the Idaho Library Association, Legislator of the Year for 2020.  Also Christy is a Friend of Agriculture, Farm Bureau winner for 2017-2018 and 2019-2020 legislative sessions.  She maintains a  100% Economic Score with the Club for Growth, and above 95% and above conservative rating with the American Conservative Union from 2017 through 2020.

A strong supporter of the Second Amendment, Christy was the first Friends of NRA Committee Chairman in Elmore county, her founding committee was the second in the nation to be staffed with all women including the FFL and was the second highest earning founding fund raising event in the country that year.  In the legislature, Christy has sponsored legislation to make Idaho a full constitutional carry state, to United State Residents 18 and older, has sponsored castle doctrine legislation and in 2021 legislation to strengthen Idaho’s Sanctuary State law.  She is also a supporter and member of the Idaho Second Amendment Alliance.

Christy feels her greatest honor is to be the mother of five and grandmother of 11.  Faith, Family and First Freedoms!