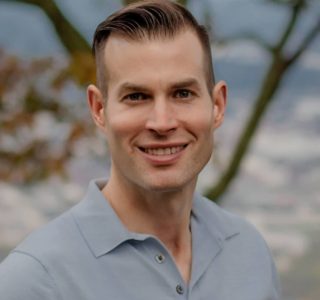 Clayton Fuller is from Lookout Mountain, Georgia, where he serves as an Assistant District Attorney for Georgia’s Lookout Mountain Judicial Circuit, where he prosecutes some of the circuit’s toughest violent and sexual crimes.  He also has argued criminal cases before the Supreme Court of Georgia and the Court of Appeals of Georgia.

From 2018-2019, Clay was one of fourteen Americans selected and appointed by President Donald J. Trump to serve as a White House Fellow, the nation’s most prestigious program for leadership and public service.  During his White House Fellowship, he served in both the Office of the Vice President and the Department of Defense (DoD).  He advised the Office of the Vice President on the response to the opioid crisis as well as improving processes that impact families of the POW/MIA community.  At DoD, he was assigned to the Assistant Secretary of Defense for Special Operations and Low-Intensity Conflict (ASD/SOLIC) where he assisted senior Pentagon and National Security Council leaders with the oversight of the worldwide employment of special operations forces in counterterrorism.  Because of his work in SOLIC, he received the Outstanding Achievement Award from the Office of the Secretary of Defense.

In addition, Clay is a Major and a Deputy Staff Judge Advocate in the Alabama Air National Guard (ANG), where he advises commanders in order to provide the nation with superior F-16 capabilities.  During the Guard’s initial response to COVID-19, Clay was handpicked as an officer in charge of all ANG personnel who were called up to serve in Alabama’s historic Task Force 31 mission which disinfected over 200 nursing homes in the state.

Inspired by Clay’s personal victory over cancer in 2013, following a thirteen-hour surgery and a two-week ICU stay at Walter Reed, which led him to leave Air Force active duty, he and his wife Kate cofounded Atticus Impact Investing, a strategic investment firm focused on revolutionizing the economies of Appalachian small towns.  In founding Atticus, Clay and Kate have chosen to focus their efforts on the renewal of communities and fight the opioid and methamphetamine epidemics impacting their home.