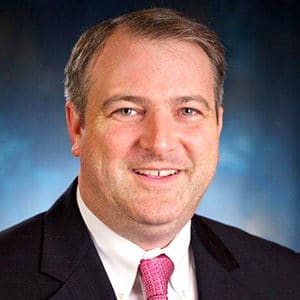 Dan Barry is an 8 generation native of Charlotte.  Raised in south Charlotte and educated in public schools until the 11th grade.  Dan has been active in GOP politics since a young age and has early memories putting out yard signs for Congressman Sue Myrick in his pre-teen years.  While attending The College of Charleston, he volunteered on the Bush ’88 Committee.  After graduating from College, Dan joined the campaign team of 9th District Congressman Alex McMillan.  Over the past 30 years, Dan has served in numerous party roles, campaign roles, served in public office and ran for the 9th Congressional District seat in 2012.  Dan’s tireless work for the GOP, our candidates, our elected officials, and our voters is recognized by his election to be a 2020 Republican Elector for North Carolina’s 9th District.  Dan lent his expertise to the Association of Advanced Life Underwriting, serving on their National Board of Directors.  In addition, Daniel served on a number of committees including: Governmental Affairs, Regulatory Reform, Fiduciary standards Taskforce, and Best Practices Committee.

Daniel is a consistent voice in Washington, DC working with Legislators, Rule Makers, and Regulators protecting our interests.  Dan is routinely sought for testimony and expertise in the area of federal regulatory reform and taxation regarding, Income Tax, Entitlement Reform, Regulatory Reform in the investment and insurance arena.  Dan’s message on conservatism is simple, Conservative ideals implemented into public policy changes lives and provides liberty and freedom.  That the Liberty and Freedoms we enjoy are not indivisible.  “Political freedom cannot long exist without economic freedom.”