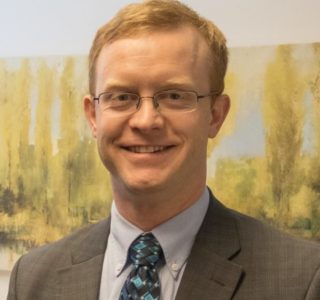 David first entered public service as a member of Huntington Beach Search & Rescue, rising to the rank of crew chief before donning the uniform of a West Point Cadet. At 21, he graduated from West Point and was assigned to Alaska as a lieutenant in the U.S. Army Military Police Corps. As a military officer, David experienced first-hand America’s transition from a peacetime force to the global war on terrorism, with service during the Clinton, Bush and Obama administrations. His deployments included Operation Terminal Fury, Operation Enduring Freedom, and time spent training soldiers at the U.S. Army National Training Center. In Afghanistan, David came face to face with those who have vowed to see the destruction of the United States, and he is under no illusion concerning the dedication and single-minded purpose of some of America’s enemies today. One of his final assignments on active duty was Anti-Terrorism/Force Protection Branch Chief for the Armed Forces Presidential Inaugural Committee, where he took part in the planning and execution of the 56th Presidential Inaugural Ceremonies.

In 2009, David left active duty to complete the Summit Oxford Fellowship as an associate member of New College at the University of Oxford. Upon returning to the United States, he completed the John Jay Fellowship at the John Jay Institute. He has been privileged to serve at all levels of government; city, county/borough, state and federal. At various times, he has worn the badge of a military police officer, firefighter, EMT, and member of National Ski Patrol.

David served as the 2016 Alaska Deputy State Director for the Trump/Pence Campaign, and as a campaign manager for U.S. Senate Candidate Joe Miller in his successful primary election campaign against Lisa Murkowski in 2010. David holds an MBA in Entrepreneurship from the Acton School of Business, a Master of Arts in Apologetics from Biola University, and a Bachelor of Science in Law & Legal Studies from West Point. As a three-term member of the Alaska House of Representatives, David is the only member of the Alaska Legislature to consistently maintain a 100% conservative voting record according to the American Conservative Union. When he is not at work in the state capital, David and his wife Jennifer live outside of Wasilla, Alaska with their four children.