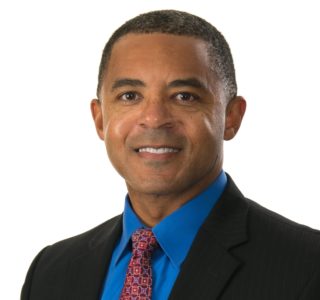 In 1996, Mike married Charisse Edwards, and went on to obtain his MBA from the University of Michigan – Ross School of Business.  After graduation, Ford Motor Company recruited Mike to join their Automotive Strategy division.  After years with Ford, Mike left to pursue a dealership.  After graduating from the NADA Dealer Academy in McLean, VA, Mike and Charisse realized their entrepreneurial dream of owning a dealership and living in the Carolinas when they purchased what would become Mike Reichenbach Ford Lincoln in Florence, SC in 2008.

Active community involvement is a major priority and focus for Mike.  In 2011, he was honored by the Greater Florence Chamber of Commerce as “Businessperson of the Year” and was voted Florence’s First “Dancing with the Florence Stars” Winner.  He was appointed as a member of the inaugural Board of the Francis Marion University – School of Business, Center for Entrepreneurship. And in 2015, Mike was honored to be named a Charter Member of the Florence-Darlington Technical College’s Entrepreneurial Forum.

Mike currently serves on the following Boards of Directors:

In November 2019, Mike successfully launched a program called “Helping Florence Work”, with a mission to make Florence 1 Schools Guidance Counselors and Career Development Facilitators more aware of the significant career opportunities available in the Pee Dee requiring less than a four-year degree, and to empower them to guide students toward rewarding career pathways via quality technical education.

Mike and Charisse have two children, ages 19 and 18.