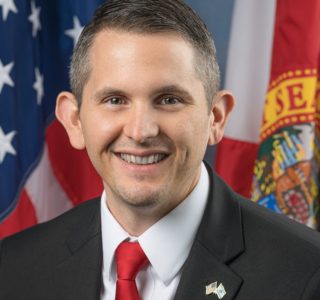 Jason Fischer serves portions of southern Duval County in the Florida House of Representatives. First elected in 2016, Fischer currently serves as Chairman of the Government Operations Subcommittee and the Chairman of the Joint Select Committee on Collective Bargaining. As State Representative for District 16, Jason is a leading voice in the Florida House for education, transportation, and infrastructure policy. Before serving in the Florida House, Jason was the youngest member ever elected to the Duval County School Board, where he worked tirelessly to provide Jacksonville students with a top-rate public education.

Jason graduated from the University of North Florida with a Bachelor of Science in Electrical Engineering. Inspired by his love of country, Jason became a civilian engineer for the United States Navy. In 2010, his peers at the Association of Energy Engineers recognized him for his vital work and named him a “Legend in Energy.” After his work with the Navy, Jason joined CSX, one of the largest transportation companies in America. Currently, Jason works for HNTB as a business strategy leader.

A Jacksonville native, Jason resides in Mandarin with his wife, Melinda, and their three young sons, Jason Jr., Luke, and George.