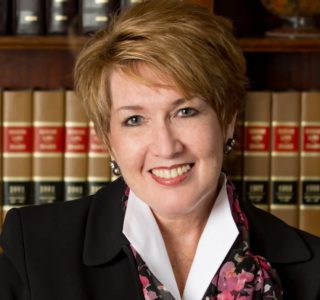 Julie Ellsworth was elected as Idaho’s State Treasurer in 2018. Treasurer Ellsworth has a long history of public service which includes twelve years as a Representative in the Idaho legislature.

As a legislator, Julie served in leadership as the Majority Caucus Chairmen. She also worked to draft model legislation which allowed individuals and businesses to purchase health insurance across state borders.  Ellsworth successfully passed legislation cracking down on Medicaid fraud, which resulted in the state recouping millions of dollars. Julie played a key role in maintaining the state’s high credit rating by presenting and discussing Idaho’s financial status and public policies with Wall Street rating firms.

Treasurer Ellsworth is honored to have the opportunity to serve her fellow Idahoans and is grateful for the trust they have placed in her.

In addition to her elected public service, Julie has functioned as a Civil Mediator/Facilitator and Business Consultant. She was a Foundation Grant Evaluator and Judge as well as a teacher in Idaho’s public schools.

Julie Ellsworth grew up in Idaho and has worked to promote a pro-family environment for the state. She and her husband have three children and two grandchildren.