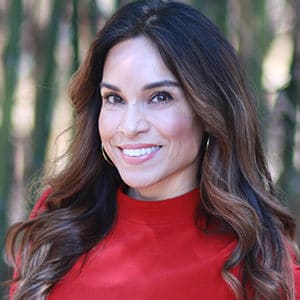 Nicole was born in Manhattan, New York to an Ecuadorian mother and Greek father, both of whom are first-generation Americans. As a teen, she moved to Lilburn, Georgia.  Nicole attended the United States Merchant Marine Academy, graduating in 2002 as a Third Mate in the United States Coast Guard with the capability of shipping unlimited tonnage in any ocean. She also holds certificates in Marine Fire Fighting, Water Survival, Trafficking in Persons prevention, and Chemical, Biological, and Radiological Defense. Nicole served ten years in the United States Navy Reserves, leaving with the rank of Lieutenant. During her time in the military, she collaborated with international teams, implemented safety operations and procedures on large shipping vessels and oversaw navigation, operational safety, drilling, and well control in the Black Sea.  Following her service, Nicole spent time working in the private sector working for Transocean. In 2019, in a pursuit to live by the Merchant Marine’s motto of Acta Non Verba – Deeds Not Words, she ran for Congress in Georgia’s 6th district seeking to bring common-sense conservative reform to Washington. She believes in upholding constitutional values and constraining the growth of government.  Since exiting the race, Nicole continues to use her voice as a public figure and influencer to promote her message. She also volunteers at various anti-human trafficking efforts, such as Encounter with Out of Darkness, and Princes Night with the Atlanta Dream Center, and the at the annual Tim Tebow’s Night to Shine. Nicole is bilingual, speaking in English, Spanish, and Greek and teaches English as a second language to individuals studying to become United States Citizens.  Nicole has visited over 25 countries and is married to Robert Rodden; they are members at First Baptist Church of Atlanta.