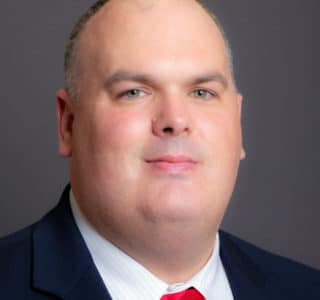 Philip is a native Georgian who married his high school sweetheart, the former Julie Ruth Young of Senoia, GA. They met at youth group while attending Grace Evangelical Church in Fayetteville, GA. They have four beautiful children: Timothy-17, Denver-13, Tyler-12, and Emma-10. Originally pursuing a pre-med degree at Georgia State University, Philip joined the Army nine days after the Sept. 11th attacks to answer the Nation’s call and defend our freedom. After spending two years in the Georgia Army National Guard and completing a bachelor’s degree in Middle Eastern History, he commissioned as a Second Lieutenant in the United States Army.

Philip spent the next 13 years as an active duty officer flying the AH-64D Longbow both in and out of combat. He deployed to combat for one tour in Iraq and two tours in Afghanistan with the storied 101st Airborne Division, and was awarded two bronze star medals and five air medals for his combat actions. Philip led troops at every level of his career, was consistently rated ahead of his peers, and rapidly progressed to the rank of Major. He was selected to attend the Intelligence Officer Advanced Course, the Command and General Staff College, and is certified as both a Strategic and Joint Planner. Since leaving the military in 2017, Philip became a Commercial Airline Pilot and currently flies for American Airlines’ regional airline PSA.

In addition to his military training, Philip has obtained two Masters Degrees and a Top Secret Clearance. He has a Masters of Aeronautical Science from Embry Riddle Aeronautical University and a Masters of International Relations from Webster University. He graduated both programs with honors.  Philip has spent 7 of the last 18 years serving overseas and he and his family have lived in several states across the US as well as Germany and South Korea.

Every US Army Officer swears the following, an excerpt from the officer oath of office:

“I will support and defend the Constitution of the United States against all enemies, foreign and domestic, that I will bear true faith and allegiance to the same.”

Philip believes in this oath with his whole heart and has vowed to spend his life serving that end.