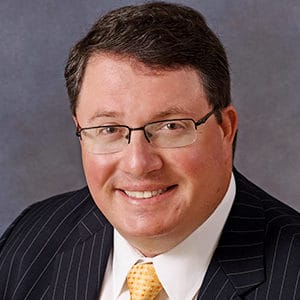 Randy Fine is the State Representative for the 53rd District of the Florida House of Representatives, which is comprised of the southern portion of Brevard County on Florida’s Space Coast.  In the legislature, Representative Fine is the Chairman of the Higher Education Appropriations Subcommittee, where he has consistently advocated for smaller, more efficient budgets.  He serves on the Appropriations Committee, Education Committee, Public Integrity & Ethics Committee, Business & Professions Subcommittee, and Gaming Control Subcommittee.  He also has been appointed by the Speaker of the House to serve as one of Florida’s six Commissioners to the Education Commission of the States and as a member of the Republican Party of Florida’s Executive Committee.  Prior to first being elected in 2016, Representative Fine spent more than 20 years as a successful entrepreneur, starting the first of several businesses while in college.    He received his undergraduate degree in government, magna cum laude, from Harvard College, and his MBA, with high distinction, from Harvard Business School, where he was the youngest graduate in decades and was named a Baker Scholar, the school’s highest academic honor. While at Harvard Business School, he also served as a Teaching Fellow in Economics.  Randy is married to his wife, Wendy, and together they have two boys, Jacob (12) and David (8).   A Boy Scouting family, Randy served as Cubmaster to his sons’ Pack while his wife is a Den Leader, Jacob is a Star Boy Scout, and David a Bear Cub Scout.   Randy organized the first-ever Boy Scout Day in the Capitol in 2018 and has continued it annually.