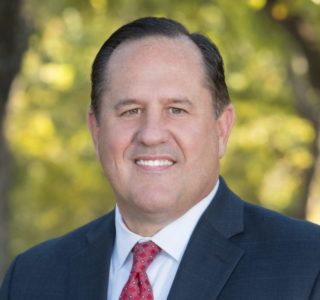 The Honorable Rick Barnes was elected Chairman of the Tarrant County GOP at a specially called meeting of the TCGOP Executive Committee in January 2019.  He was re-elected to the position through a Countywide Primary Election in March of the same year.

Rick is a life-long conservative who believes in God, the Constitution and traditional family values.  He is an established speaker, author, business coach and leadership trainer.  He has been a featured speaker, presenter and consultant to over 2-million audience members through corporate, international, and non-profit organizations throughout the United States and three other countries.

Prior to serving the Tarrant County GOP as Chairman, Mr. Barnes was the Treasurer of the TCGOP and was the Mayor Pro-Tem of Keller, Texas 2014-17.

Mr. Barnes was born in Fort Worth as a “Gladney Baby.”  Adopted and raised in West Texas by educators, he received his bachelor’s degree from Texas Tech University and a master’s from Texas Christian University.

Rick and Sheila Barnes will celebrate 33 years of marriage in 2021.

Rick is a dedicated and visionary leader, and as Tarrant County GOP Chair, he is committed to serving as the leader of the Tarrant County Republican Party.