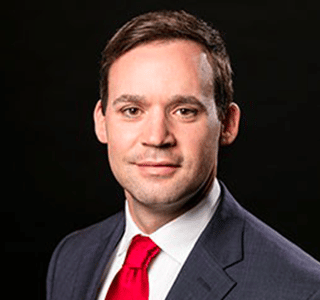 As CEO of K9s For Warriors, Diamond is responsible for the organization’s executive management and strategic vision. Under his leadership, K9s For Warriors has grown to be the nation’s largest provider of Service Dogs for disabled American veterans and the largest Service Dog agency in the world using primarily rescue dogs. Before leading K9s For Warriors, Diamond was a litigator at two international law firms. He also served as a federal prosecutor for the U.S. Department of Justice, specializing in public corruption and financial fraud prosecutions. Before earning his law degree, he served as Briefing Director for California Governor Arnold Schwarzenegger and as a Deputy Associate Director at the White House for President George W. Bush. He was working in the White House on 9/11 and, ultimately, served as part of the startup staff for the U.S. Office of Homeland Security. Diamond is a national advocate for American veterans, focusing primarily on combat-related PTSD, traumatic brain injuries, military sexual trauma, veteran suicide, and veteran homelessness. He has been instrumental in leading the organization’s involvement in legislative efforts that would require the U.S. Department of Veterans Affairs to establish a grant program that would provide a Service Dog to qualifying military veterans suffering from military-related trauma. In 2016, he helped found the Association of Service Dog Providers for Military Veterans (ASDPMV), endeavoring to raise Service Dog standards and outlaw fake “Service Dogs”. In 2017, he conceived and helped found “Service Dog Pass,” the nation’s first nationally recognized credential for legitimate Service Dogs. Locally, Diamond has served on the Neptune Beach City Council, where he focused on property rights and passed local legislation to end the use of fake “Service Dogs,”. In 2019, he was elected to the Jacksonville City Council, representing the Jacksonville beaches. As a city council member, he founded the nation’s first community-based veteran suicide prevention initiative, called “The Fire Watch”. He earned his Juris Doctorate from the University of San Diego School of Law, graduating Cum Laude, and completed his B.A. in Political Science from the University of Michigan.