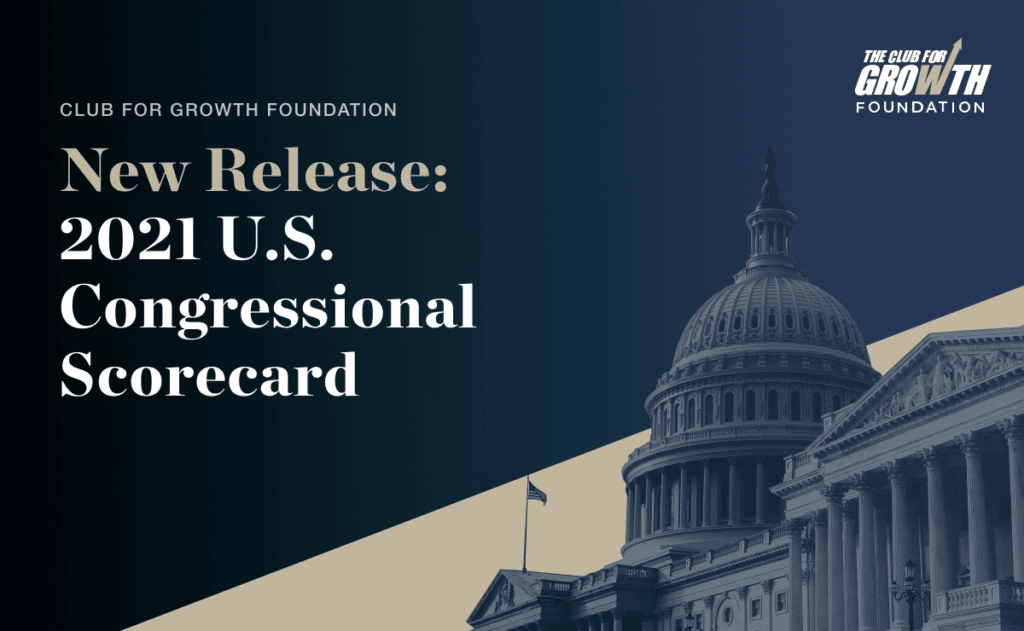 Washington, D.C. – In case you missed it, Club for Growth Foundation has released its 2021 Congressional Economic Scorecard, which reports on votes cast by all members of both the United States House and Senate on certain economic legislation.

The Club for Growth Foundation Scorecard ranks the voting behavior of Members of Congress based on key issues relating to limited government and economic growth.