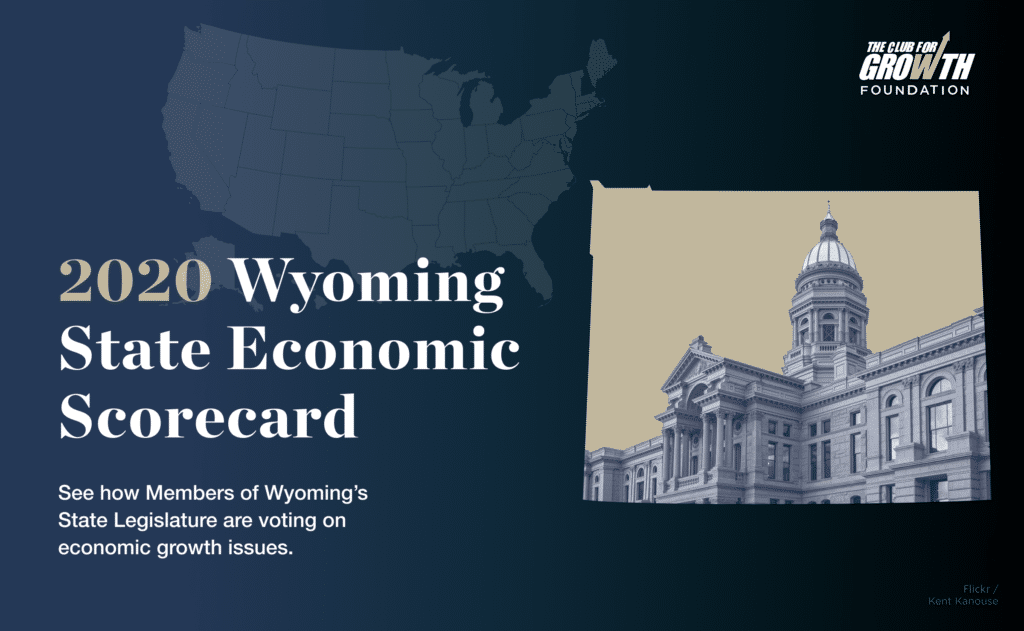 Club for Growth Foundation released its 2020 Wyoming State Economic Scorecard, the gold-standard in publishing the voting records of elected officials.

The 2020 Wyoming State Economic Scorecard was created by the Club for Growth Foundation to educate the public about the voting records of the lawmakers who serve in the Wyoming State Legislature. It is part of a larger scorecard project that the Club for Growth Foundation has created to educate the public about the economic positions taken by legislators in states across the country. Click here to view the 2020 Wyoming Economic Scorecard.

The Club for Growth Foundation also released its new Missed Votes Scorecard for Wyoming’s 2020 legislative session.  This scorecard simply calculates how often lawmakers show up to vote and how often they miss votes.  For 2020, the results were:

The average Wyoming senator missed 3% of the total 518 floor votes.  Senator Wyatt Agar (SD-20) missed the most votes – 168 votes out of 518 – for a score of 32%.  By not missing a single vote, the following senators received perfect attendance scores:

The average Wyoming house member missed 2% of the total 522 floor votes.  Rep. Mike Greear (HD-27) missed the most votes – 117 votes out of 522 – for a score of 22%.  By not missing a single vote, the following house members received perfect attendance scores:

NOTE:  The Club for Growth Foundation makes no judgment on why a lawmaker misses votes.  Lawmakers miss votes for a whole host of reasons, including medical issues, family concerns, or prior commitments.  The Foundation publishes this quantified information for educational purposes only.